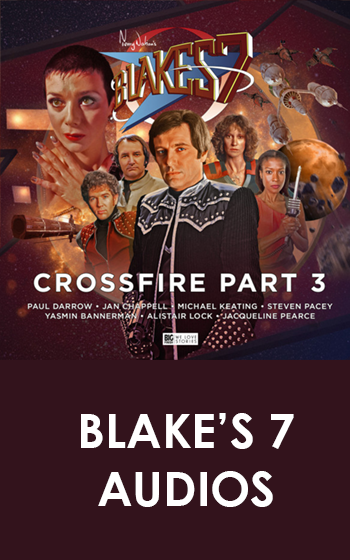 Publisher Big Finish describes Blake’s 7 as “the BBC TV series created by Terry Nation which ran from 1978-1981, Blake’s 7 tells the story of the charismatic Blake and his gang of untrustworthy rebels, engaged in battle against the sinister Federation, led by the stylishly dressed and utterly ruthless Servalan.”

Blake’s 7 remains a beloved classic. Explore new stories for the crew of the Liberator. Each audio installment below has a tale by Una McCormack.