You are here: Home / Library / Prophecy and Change 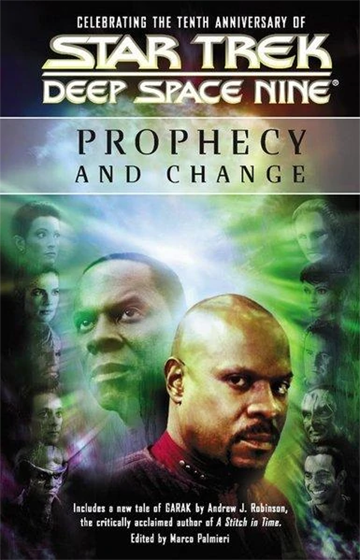 Authors include Una McCormack and  Andrew J. Robinson, who played the mysterious Garak throughout Star Trek: Deep Space Nine, and whose novel A STITCH IN TIME was the bestselling Star Trek fiction of 2000.

Star Trek: Deep Space Nine is justly acclaimed for its storylines, its characters — including the large and varied cast of supporting characters, many of whom became favourites with Deep Space Nine fans — and for the fact it was never afraid to examine some of the darker corners of the Star Trek universe. The stories collected here pay tribute to all those distinctive elements that made Deep Space Nine unique.