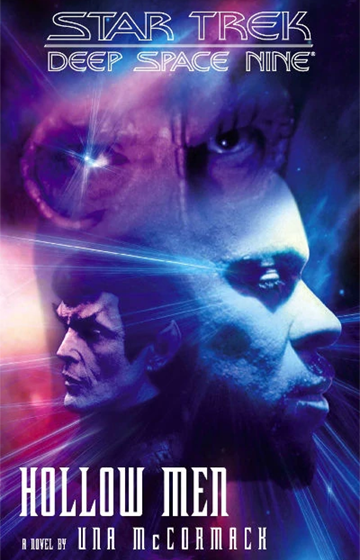 At the turning point of the Dominion War, Captain Benjamin Sisko, facing certain defeat by the overwhelming and relentless forces of the Dominion, initiated a secret plan to secure the aid of the Romulans, the Federation’s longtime adversaries. What began as a desperate attempt to save lives became a descent into an abyss of deception, moral compromise and outright criminal acts, as Sisko became compelled to sacrifice every ideal he believed in — in order to preserve those same ideals.

In HOLLOW MEN the aftermath of those events is explored as Sisko returns to Earth to answer for his actions. But to his surprise, no one intends to punish him. The course he took is viewed instead as a necessary and lesser evil which may yet prove to be the salvation of the Federation way of life.

But Sisko’s own conscience haunts him, and as he continues to seek some kind of penance for what he has done, opportunists within Starfleet itself set in motion a scheme which uses his actions as a springboard from which the Federation will emerge from the war as an imperial power.