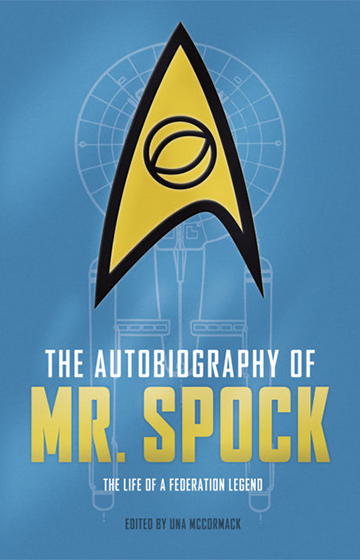 Pre-Order HardbackPre-Order Kindle
Coming soon – September 2021…
A fictional autobiography of the iconic Star Trek character, told in his own words and telling the story of his life, including his difficult childhood, his adventures on the Enterprise, and his death and resurrection on the Genesis Planet.
The Autobiography of Mr. Spock tells the story of one of Starfleet’s finest officers, and one the Federations most celebrated citizens. Half human and half Vulcan, the book, written in Spock’s own words, follows his difficult childhood on the planet Vulcan; his controversial enrollment at Starfleet Academy; his adventures with Captain Kirk and the crew of the Starship Enterprise; his diplomatic triumphs with the Klingons and Romulans; and his death and amazing resurrection on the Genesis Planet. We meet the friends he’s made, the women he loved, and experience the triumphs and tragedies of a life and career that spanned a century. Despite his alien blood, his struggle to find his place in the universe is one we can all relate to.